Rahr & Sons is an awesome brewery right up Interstate 35 in Fort Worth, TX, which is about a 5 hour drive away from where I live. I have visited the brewery a few times, and had a blast each time there. Here in San Antonio, we are lucky enough to have their beer distributed here. They make an excellent line-up of beers, including Tenderfoot, which is part of the “To Thee Series,” which is a one time a year release. This particular bottle that I drank and included for review is a bottle from 2013. It was popped open a couple of months ago, at the end of March. Great age on this beer.

A tenderfoot, of course is a newcomer, or someone who is not used to living in rough conditions or outdoors. I do really like the artwork on the label for this beer, which depicts a really nice looking, comfortable cabin in the woods. It does not look like the person living in this cabin is living in rough conditions at all. I know a lot of people who would call this “camping” or “roughing it in the woods.” Who am I to talk, I have never been camping before in my life, and that cabin does look pretty comfortable. Bring on the good ol’ outdoors!

For this beer, I used a recently acquired snifter glass from a local San Antonio craft beer spot called Missions Untapped. Tenderfoot (2013) poured a thick, hazy reddish brown color, or an iced tea-like color. The beer was topped with about a half inch light khaki colored foamy head, which reduced to a thin layer moderately, leaving soapy lacing on the glass.

Despite this beer being around 2 years old, the aroma was surprisingly filled with hop characters. It was bitter and sweet up front with a profiles of piney, and grassy hops. There was definitely a strong malty body to the nose, caramel, and toffee presences. In the nose, there were traces of dark fruits like raisins, figs, and dates, along with some chocolate, mild tobacco, ripe banana, plantains, green apples, and pears. For me the lingering aroma was that of tobacco.

The taste was a bit different as the hops characters that were present in the aroma were pretty nonexistent in the flavor. The strong and overpowering flavors were caramel and ripe bananas. There were flavors of the dark fruits, raisins, figs, and dates. Chocolate and tobacco flavors were also picked up on at the back end of each drink. In fact, the lingering aftertaste was similar to the aroma with it being strong with tobacco.

The body was thick and heavy with an oily, creamy mouthfeel. Tenderfoot had mild carbonation and a small bitter bite to it. This was a rather easy drinking beer for an aged, heavy, high ABV Barleywine.

Overall, I really enjoyed this experience. I had never had the chance to have this beer in any other variant other than a two year aged version, and I am OK with that for now. They release Tenderfoot each year around December. I will more than likely try to find a bottle of this year’s version later in the year. I plan on drinking it fresher than two years. I am very happy to have a brewery like Rahr & Sons representing Texas in the Craft Beer world. I think they make amazing beers from their year round stuff to their seasonal and one-offs. 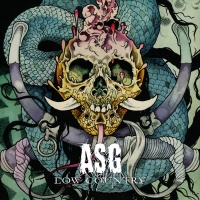 Metal Connection: Sometimes coming up with a good Metal Connection takes some searching. Knowing that there are no bands or song titles referencing Tenderfoot, I did the next best thing and use a Metal lyric database and searched the word “tenderfoot” and out popped this beauty of a song by North Carolina’s Stoner Rock band, ASG. The band has been around since 2001 and have released 5 studio full length albums, and a few split albums with other killer bands. This particular tune comes from their 2009 split album with the band Black Tusk called Low Country. This split album features 4 songs by our featured artist, ASG, and 3 songs by Black Tusk. The song is entitled “Mourning of the Earth.” It is a very heavy, groovy tune which seems to be about a journey into Hell, and mentions a tenderfoot person in the lyrics. Obviously not about camping, but I liked the connection that this song has here. “Mourning of the Earth” was made available for a free download via the car company Scion and their music department, just like the video says below. This song has that beer drinking tone to it, and works very well when thinking about this Barleywine.