Pipeworks Brewing Company out of Chicago, IL has quickly become a name known to many Craft Beer drinkers and traders. I am once again lucky to have a friend, Jorge Espinoza (animebeers.com) who helps me get my hands on such gems as brews from killer breweries like Pipeworks. This brewery is not distributed here in Texas, so it’s not that easy to get down here unless you have some help from outsiders as I do. I have had the privilege to have tried well over 10 beers from these guys, which started with Ninja vs. Unicorn, their amazing Double IPA.

The staff at Pipeworks seem to be some funny as Hell dudes and dudettes, and I am pretty sure share the love for Metal music as I do. The artwork that graces most of their bottles are fantastic, funny, brutal, sick, and some just out right weird as fuck! Here we have Gussied Cochon which has art that features a cochon, or piglet dressed as a Southern belle type, drinking some tea. The piglet is dressed in a fancy pink dress and hat, which matches it’s skin color. Rising from the tea cup is a purplish smoke which forms a letter Q from the Lillie’s Q BBQ logo, which has the Pipeworks logo within the letter. There is a large lemon, and hop vines also around this little babe. Get it, Babe, like the movie with the pig. Great color scheme helps make this bottle art very attractive.

There is a great complexity going on in the nose on this beer. The aroma is strong herbal tea right up front, then mixed with lemon zest, lemon juice, sweet honey, sweetener sugar, and hints of citrus orange pulp and skin. There is a mild aroma of caramel malt, a smell of grainy bread, and a small subtle hint of floral hops. The floral smell and herbs linger in the nose for a while. Great complex nose.

Strong acidic lemon juice and lemon zest hit the palate up front. There is a bold body of herbs and spices from the grey tea. Complexity hits the taste buds with flavors of honey, sweet sugar, hints of citrus rind, mild caramel, toffee, and toasted biscuit bread. For me, the sweetness of sugar, lemon, and orange rind are the aftertaste of this beer.

The body thickness is a lighter medium and a mouthfeel that is syrupy, and oily. The finish is still oily, which feels like it leaves a smooth mouth coating feeling afterwards.

Overall, I was impressed with this beer from Pipeworks. It delivered on it’s promise of this beer being as close to sweet tea as possible. The complexity of this beers aroma and flavor is a strange one. As I love the fact that it delivered on it’s promise, I was not going to give this a perfect score as I found some of the complexity to be a bit off. Don’t get me wrong, I did still give this a 4 out of 5 score, which is pretty damn good, but I am saying that beer is not perfect to me. Give it a try if you happen to seek out strange and unusual beers. 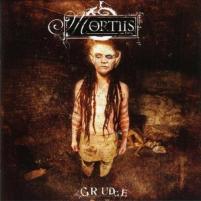 Metal Connection: This one is definitely a weird one for the Metal Connection. Mortiis is definitely one band you either love to hate or hate to love. The man, Mortiis was known as the bassist, and primary lyricist for the Black Metal band, Emperor in 1993, of their self titled EP. Mortiis was created soon after his departure from Emperor. The music of Mortiis has always been far from straight forward Metal. It has been everything from Dark Ambient, Darkwave, Synthpop, and Industrial Rock. The latter, starting on their 2004 full length album, The Grudge. The song “Le Petit Cochon Sordide” comes from this album, and the beginning of their Industrial Rock era. So please enjoy this strange beer while listening to some strange Rock music from the artist known as Mortiis, the man who dressed as an evil elf for many years, which started as a simple face mask, to a full on costume from head to toe, to eventually losing the whole gimmick.