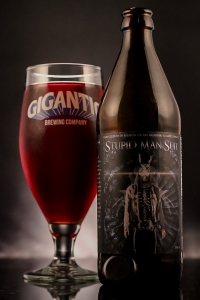 Last month I posted my first review of a product by B. Nektar Meadery. It was for their mead brewed with honey, mango juice, and black pepper called Necromangocon.I knew I wanted to get my hands on more bottles by these rebels, and I am happy to say that this happened recently with one of their ciders. Here is Stupid Man Suit, a cider with Balaton cherries, raspberries, and black currants. Enjoy the review, my friends!

Before we get into the actual beverage, let’s talk about the awesome label on this beast, shall we. I am a fan of the 2001 movie, Donnie Darko starring Jake and Maggie Gyllenhaal, Patrick Swayze, Jumas Duval and a great supporting cast. The movie is dark, and pretty twisted. Now, since this is not a movie review website, I will leave it at this… Go watch the fuckin’ movie yourself, it rules! The name Stupid Man Suit and the character used on this label are taken from the movie. Frank, a character in the movie wearing the scary rabbit suit is asked why he is wearing that stupid bunny suit. Frank’s response back to Donnie Darko is “Why are you wearing that stupid man suit?” Our character drawn on this label is a combination of Donnie’s skeleton body suit, and Frank’s scary bunny mask. In the movie, Darko is also wearing a zip up hoodie, and so is our character, but the one on this label is wearing a B. Nektar Meadery hoodie. Our character is standing in front of a large fan, or what could be a jet engine from a plane, as that is also a major piece from the actual movie. Trust me when I say that this is a perfect tribute piece to this early 2000 movie.

Poured into a Gigantic Brewing Cervoise Goblet style glass, this cider’s appearance was a clear cherry red color with no head as are most ciders. It had a cherry or cranberry juice look to it.

The taste flavor profile was cherries and red apples all up front. Raspberries and black currants mix in the body with some tart and sweet flavors. A mild bread-like character in the background. The aftertaste is all red apples and cherries. Stupid Man Suit reminds me highly of a tart and sweet cherry juice drink.

The body is medium with a tart, and dry body and finish.

I have said this before recently, but I remember a time when I hated Ciders. I would bash on them the way I would bash on musical genres other than Death Metal, Black Metal, or Grindcore back in my younger days. Just like with music, my taste expanded, and I have accepted ciders into my life, and find some of them very tasty. Stupid Man Suit is no exception this this. I mean, I rated this one a perfect 5 out of 5. For the right reasons, I may add. This cider delivers so much flavor on the aroma and taste sides. It says is has cherries, raspberries, and black currants, and you can taste them all. The coder has evolved so much over time from must fermented apples. Thanks to the rebels of B. Nektar Meadery for making such a fine beverage! 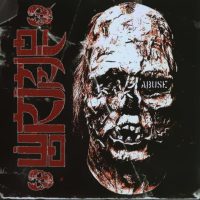 Metal Connection: Using my normal resources, I was unable to locate a Metal song that is themed around Donnie Darko, which I thought I would at least find one. If you happen to know of any, please inbox me or comment below. I may just change my choice here. I did manage to find a great song to pair here from the Grindcore band, Wormrot from Singapore. In 2009, the band released their debut full length album, Abuse, which was originally released on Scrotum Jus Records, and later reissued by Earache Records in 2010. I went with a song from this album, and that is the killer tune, “Born Stupid.” The lyrics seem to deal with their hatred towards certain people, or in this case “stupid man suits!” See what I did there? A few years ago, these guys did a US tour and I was very happy to have been able to catch the show live here in San Antonio. These guys kicked some serious ass live. Just listen to the intensity of this studio track, and just imagine that intensified 100x!