This is Episode #7, the newest installment from The Beer Metal Show Podcast. A Show which is dedicated to the two best things, Craft Beer and Fuckin’ Metal. It was Easter Sunday, and we found ourselves read to drink some beer, after we had a family lunch at my mother’s house. Usually, we try to drink the beers reviewed separately throughout the week, so we don’t get too trashed, but we said “Fuck it, let’s drink all 4 beers today!”

Adding the Metal Connections, and then doing the editing to the show takes up some time, but I was finally able to finish, and get this episode uploaded. This episode features some amazing Craft Beers from Russian River Brewing Company, Bear Republic Brewing, and Roughtail Brewing. This was an all IPA show! The awesome part was that none of them were fucking hazy beers! The beers featured were Roughtail Brewing Hoptometrist, Bear Republic Brewing Hop Shovel, and Pliny the Elder along with Blind Pig, both from Russian River Brewing. 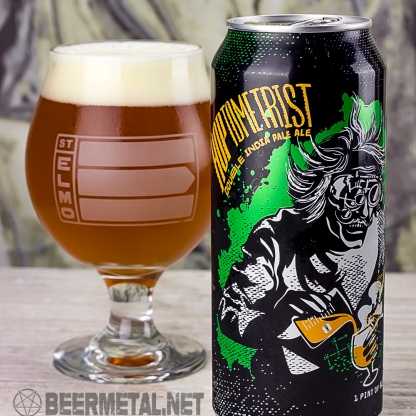 The featured band was Germany’s Power/Heavy Metal band, Primal Fear. One of my favorite bands. On this episode you could hear these amazing songs: “Metal is Forever,” “Running in the Dust,” “Fight to Survive,” “Fight the Fire,” “Mind Control,” “Evil Spell,” and “The Healer.” Some excellent song choices for the Metal Connections including songs by Artillery, Rumpelstiltskin Grinder, Destroyer 666, and Kataklysm. Hoptometrist was paired with Artillery – Doctor Evil. Hop Shovel was paired with Rumpelstiltskin Grinder – Grab a Shovel (We’ve Got Bodies to Bury). Blind Pig IPA was paired with Destroyer 666 – Die you Fucking Pig. Finally, Pliny the Elder was paired with Kataklysm – Elder God.

As always, please support these bands by purchasing their albums, and/or merchandise directly from them or their record labels. Watch out for bootlegs! Always, always, always, drink Craft Beer, local if available. Support these hard working people in both the Craft Beer and Music industry.